← more from
Strange Daisy
Get fresh music recommendations delivered to your inbox every Friday.

by A Living Soundtrack 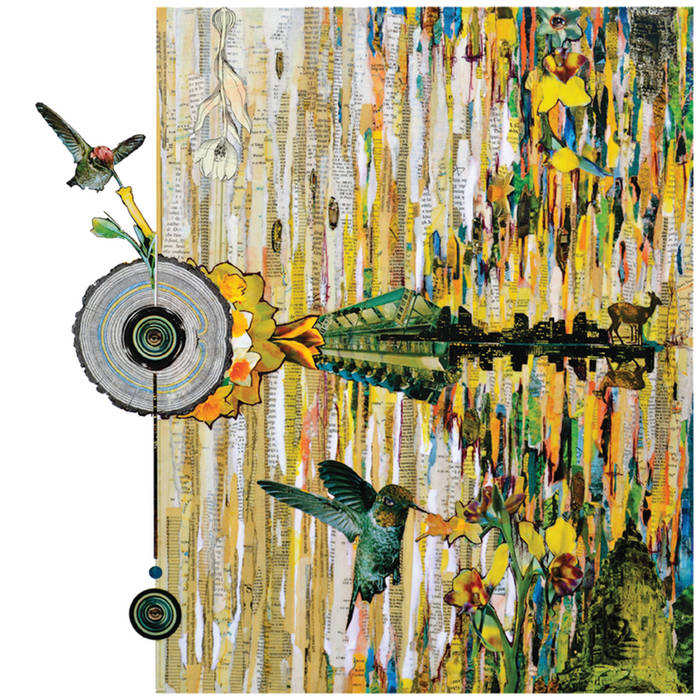 A devastating car accident catalyzed the turning point in A Living Soundtrack’s first release in more than seven years, an emotional suite of instrumental electronic music to be released March 2, 2018 on Strange Daisy Records.

While sketching and arranging material in Tezukayama, Japan, Matt Aguiluz and his wife Jen endured a car crash while crossing from Cambodia into Thailand, where their passenger van collided with a dump truck on a two-lane highway. The driver and another passenger died immediately, and Aguiluz was sent to a rural hospital for emergency surgery to repair his ruptured intestines. After a harrowing wait for the surgeon, clouded by a surreal fog of morphine and wandering thoughts of death, Aguiluz woke to the smiling face of his surgeon Wijarn Pongpanich announcing a successful operation, an image burned into Aguiluz’s brain and resonating within the emotional core of the triumphant return from the acclaimed New Orleans-based ensemble.

On the band’s Tezukayama, Wijarn Pongpanich is immortalized on a song of the same name, gathering layers of ethereal synthesizers and kinetic percussion lulled into an arrangement of buoyant trumpet riffs carrying the song into a heady mix of jazz, lush ambient compositions and the band’s unique and delicate textures and layers.

“Summerdom” opens the album with bubbling bass notes and explodes into a sky-opening avalanche of celebratory synthesizers, collapsing and mingling into gorgeous floating noise as if the band traces its ideas in the air. Over its six songs, Tezukayama also traverses playful 8-bit anthems (“Nanika Ni Yoru”) and post-disco dance music powered by a propulsive bass (“Kumado Kodo”), on which a voice emerges, singing, “Where am I?”

“A Living Soundtrack is a literal description of the function of the band as it portends to my own life,” Aguiluz says. “I'm essentially scoring key moments in my life and trying to contextualize them through my own lens in abstract musical terms. So every track I make directly correlates to a specific memory or philosophical passage from my life.”

The album reflects Aguiluz’s trauma and the remainder of his time living in Japan from 2011 to 2013, tucked into an Osaka suburb after which the album is named. Aguiluz communicates those seemingly intangible emotions and memories through A Living Soundtrack, catering to “a balance of what sounds like the track should do naturally and covering all of the emotional data contained in the idea for the track,” Aguiluz says. “Each part of the song is either what sounds like should naturally happen at that moment, or it's another idea or introduction of an idea or emotion within the context of track.”

Aguiluz finds his musical voice through synthesizers and electronic music, helping him pull out and sonically manifest those memories into music. Recorded at Marigny Recording Studios with a fleet of Elektron, Moog and Nord synthesizers and keyboards converging with acoustic and electric instruments, A Living Soundtrack also experimented with heavily processed re-amplified tracks and loops, each dancing among the layers and weaving together the band’s singular vision.

All songs written, recorded, and mixed by Matt Aguiluz

Bandcamp Daily  your guide to the world of Bandcamp

Bonobo stops by to talk about his new record Fragments